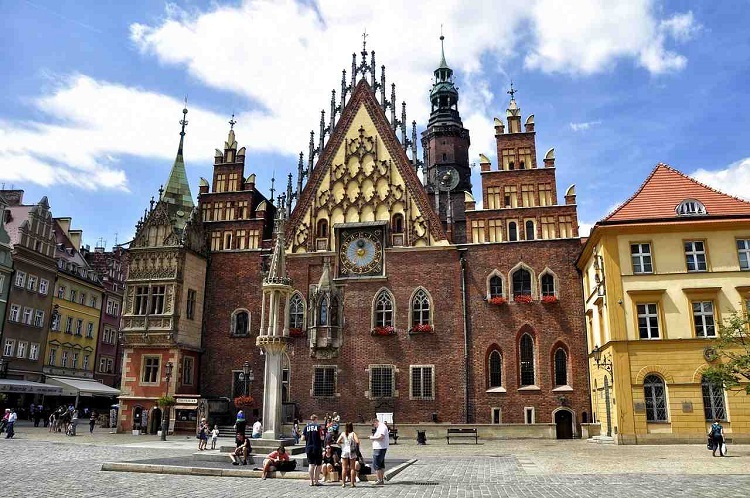 Szczecin is one of the biggest border towns in Poland. It is situated in the north-west part of the country close to the border with Germany. Szczecin is famous especially for its star shape urban layout, Waly Chrobrego Promenade and Tall Ship Rally during which masses of tourists can observe the best sailing ships from all over the world. It is funny because the important international harbour status of Szczecin a lot of Poles think that the city is situated at the seaside which is not the case (in reality it is 65 kilometres from the coast). Szczecin is the seventh biggest city in Poland with population of almost 401 thousand inhabitants. Due to its frontier location it is attractive not only for the Poles but also for German and Danish tourists. Discover 10 top attractions of this fascinating agglomeration with ITS DMC Poland, a local travel agent that has prepared this list for us.

10 top attractions of Szczecin by ITS DMC Poland

Traditional Szczecin sightseeing must include visiting Wały Chrobrego Promenade which is 500 m viewing terrace to Oder River. In the northern part of the terrace there are local authority buildings and in the southern part, there are historic buildings of Marine Academy, Modern Theatre and National Marine Museum. Wały Chrobrego also are the location of flagship event organised in Szczecin which is Sea Days, in recent years accompanied also with the final of Tall Ship Races. Next, tourist go to the Old Town that was much damaged during the WWII and carpet bombings of the allies. Nowadays, the must see points include Sienny Market Square, Szczecin Archcathedral and Ducal Castle. The Archcathedral Basilica of Saint James is the second tallest church in Poland. The basilica is 80 metres long and 40 metres wide. The cathedral has 5 naves covered with a single hall roof covered with copper. The main nave is 23 meters high. The cathedral boasts also rich and beautiful interior. Ducal castle history of Szczecin dates back to 14th century and the building is in the Renaissance style. Currently, it is the most important culture centre, guided sightseeing is also possible. ITS DMC Poland suggests to look especially at the clock tower in the castle as it is connected with an interesting legend.

Szczecin can boast a few new attractions. One of the newest symbols of the city is the modern building of Szczecin Philharmonics that brings to mind snow covered summits or icebergs. ITS DMC Poland informs that it is possible to sightsee the place from the inside as well. Just next to this iconic building, there is a Breakthrough Dialog Centre. In the new avant-garde building with movable façade, tourists will find a modern exhibition showing the ground-breaking events of 1939 -1990. It commemorates, above all, hidden from the general public events in the People’s Republic of Poland. Breakthrough Dialog Centre shows the highlight moments in the history of post-war Szczecin and the entire Western Pomerania, the turning points that have changed different areas of citizen’s lives after which nothing was the same. Finally, Szczecin nowadays offers very interesting Underground Routes. These are new trails along WWII bunkers. The routs start below the railway station. The soundtrack imitating a bombing raid, the organization of life in a shelter, everyday life in the city during military operations and more can be expected on the “World War II” route that is an extraordinary experience.

Szczecin is also full of green areas where tourist can truly relax. First of such zones includes Jasne Błonia Square and Kasprowicza Park. ITS-Poland advices to visit this place especially in early spring as Jasne Błonia are covered with violet crocuses. The view is admirable then. All year long tourists can enjoy 200 platan trees and the greenery of Kasprowicza Park. Another green space is Rozanka rose garden. It is a 2 hectare garden with over nine thousand roses in 99 varieties. Apart from flowers, there are also exotic trees and shrubs. Finally, although it may see strange Central Cemetery in Szczecin is used as green are as well. It is the largest necropolis in Poland and the third largest in Europe. Established at the turn of the 19th and 20th centuries, modelled on the Ohlsdorf Cemetery in Hamburg, is to be a combination of a resting place with a park, and even a garden.

Szczecin has much to offer and is readily visited by Polish and international tourists. It is the magnet for tourists from the whole western Baltic coast and also for German and Danish visitors. It enchants with its star shape urban layout, green areas and Waly Chrobrego promenade with its monumental buildings and sailing ships. It is also a great starting point to discover the beauty of Wolin Island. All in all, if any of the above mentioned attractions caught your interest, feel free to contact ITS DMC Poland local travel agent. Professional group coordinators there will help you to plan your group tour to this destination and any other Polish tourist spots. Start your Polish adventure still today.

Dan Brown is the founder of this website. He writes about traveling and the best places to visit in the world.